A self-described “ropavejera de la vida” operates a peculiar shop where, instead of second-hand apparel, customers purchase actual second hands in an effort to upgrade their aging features. Meanwhile, when Constanzo is summoned to his bedroom window at night by three women professing their love he tries unsuccessfully to send them away. Dragoncillo’s innovative use of shadow puppetry offers an energetic, cartoon-inspired take on two plays by 17th-century writer, Francisco de Quevedo.

We are so blessed that Dragoncillo Puppet Troupe will also be doing outreach at public schools. 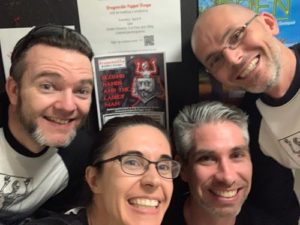 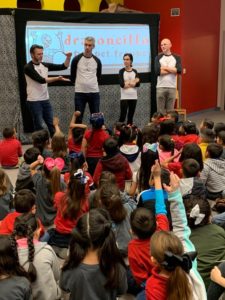 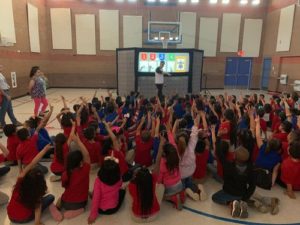 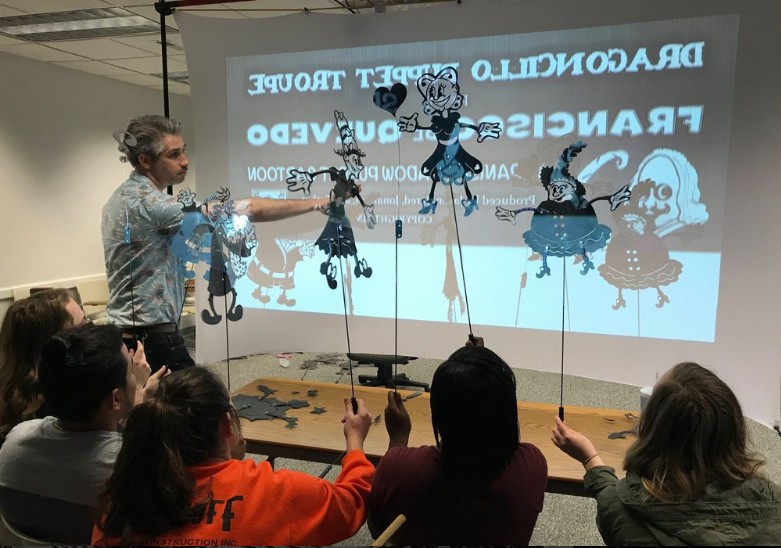