The NC Latin American Film Festival celebrates the power and artistry of Latin America’s film and audiovisual production. Its mission is to provide a space for Latin American images, sounds, and stories to reach a wider audience.

Dir. by Marcela Arteaga. Mexico. 2020. In Spanish with English subtitles. 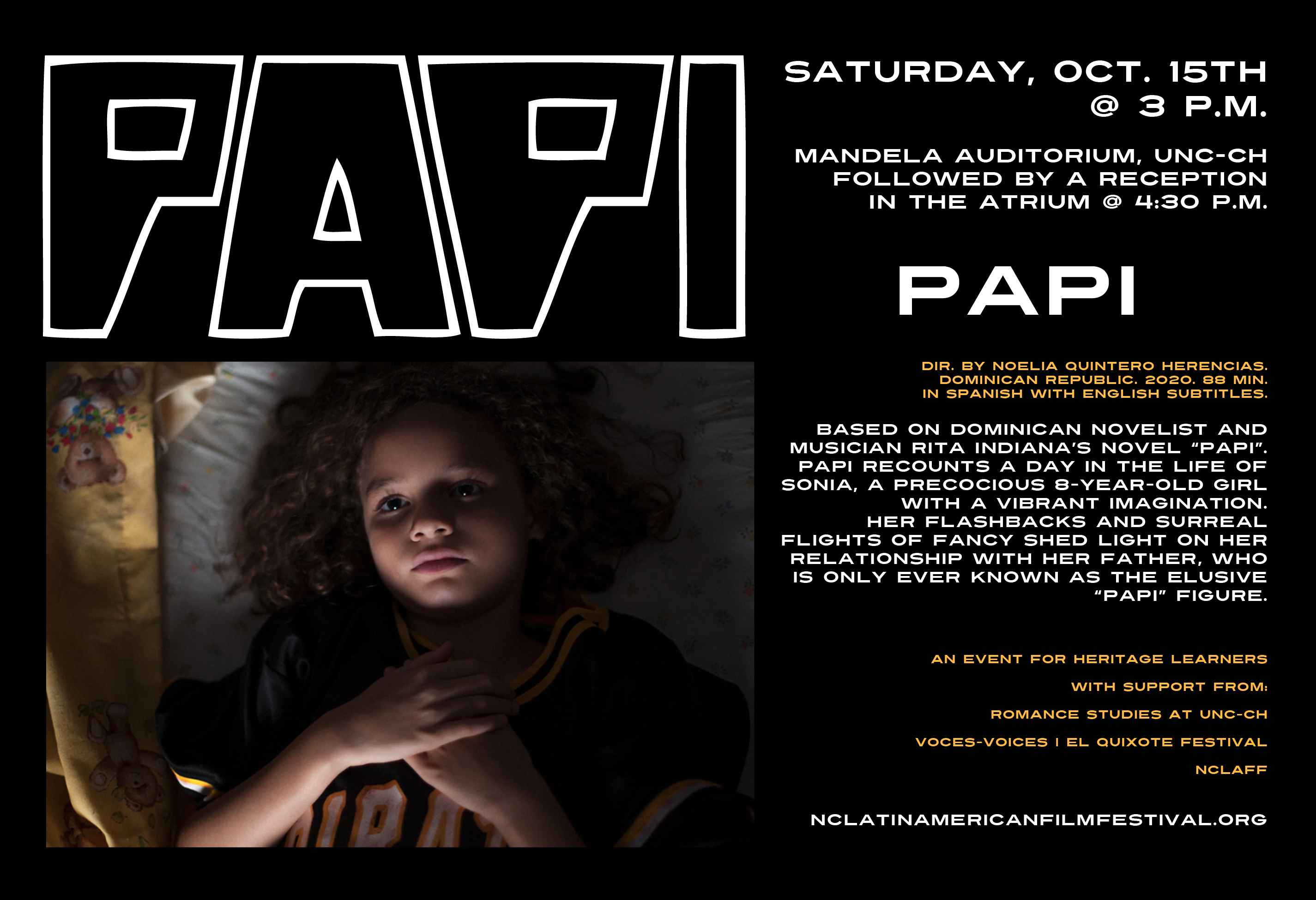 Saturday, Oct. 15 @ 3 p.m.
Mandela Auditorium, UNC-Chapel Hill.
Followed by a reception in the Atrium @ 4:30 p.m.
PAPI – República Dominicana
by Noelia Quintero Herencia (Dom. Rep, 2020; Drama) Sonia is a precocious 8-year-old girl with a vibrant imagination. Her flashbacks and surreal flights of fancy help her to navigate through a life as the daughter of Papi, a drug dealer who returns from New York to become the biggest crime lord in the city.

Noelia Quintero Herencia is a filmmaker, researcher, and professor on the Faculty of Communications at the University of Puerto Rico. Quintero studied Digital Visual Culture from La Universitat Oberta de Catalunya in Barcelona; earned a master’s degree in Cinema Studies from New York University, and received her bachelor’s degree in Audiovisual Communication from the University of Puerto Rico. She has worked as a television producer and director in Mexico, New York, Dominican Republic, and Puerto Rico, where she created and produced a TV series entitled Prohibido Olvidar consisting of more than 52 documentaries featuring Puerto Rican cultural icons. Quintero wrote and directed “La Motora Roja Tiene Que Aparecer,” a documentary film about urban art, and she has been developing and directing music videos and content for Dominican writer and composer, Rita Indiana. “Papi” is her first feature film. She is currently writing a science fiction TV series. 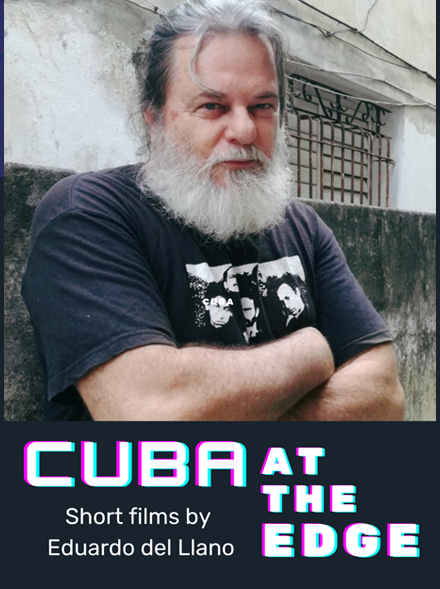 The NCLAFF has selected three of Del Llano shorts from his Series titled: Who is Nicanor O’Donell?. All of the films are independent, digitally captured, produced and distributed by Eduardo del Llano in the past decade and a half. The series focuses on the daily experiences of Nicanor O’Donell (Luis Alberto García), a kind of prototypical Cuban man, who acts as a vehicle to present a satirical perspective on different aspects of contemporary Cuba. We can talk about a sort of realism in Del Llano’s short films, a deep and immerse knowledge of the Cuban experience, but at the same time the capacity to move away to look at it objectively. Del Llano also represents an emergent independent cinema sector in the island; his work functions as a sort of “in-betweeness.”

Nicanor is making a gourmet coffee when two strangers knock at his door. They identified themselves as members of the Secret Police. They are visiting him to install microphones in his apartment to listen and record his anti-regime remarks. But having only two available microphone heads to install in one room only, they ask for Nicanor´s help: from now on he should criticize the government in that room only…

Ana, Nicanor’s partner, wants her daughter to look good at school wearing stamps of the Heroes of the Homeland. Nicanor will have to deal with a series of characters with an unheroic attitude to get them.

Nicanor gets into all kinds of problems when he has to get a new Cuban flag for his House.

The North Carolina Latin American Film Festival is made possible by the generous support of the U.S. Department of Education and the Andrew W. Mellon Foundation.