Dr. Joan Francisco Valdés Santos, is equally an artist and a scholar. While his formal education is in sports/recreation, science and psychology, he is also a prolific writer, composer and journalist with a wide range of knowledge and experience in Cuban music, art, literature and culture. He was born in Havana, Cuba and currently lives in Durham, NC with his wife.  In 2005 he received his Doctorate from the Instituto Superior de Cultura Física Manual Fajardo in Cuba, where he was one of the 46 members of the Science Council of INDER, National Institute of Sports, Physical Education and Recreation.  As vice director of ISLA, Latin American Chess Institute he was also the director of graduate research. 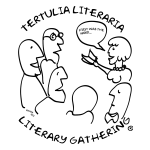 He has produced works for several radio and television programs in Cuba and his work was published in the Hispanic Pan-American Anthology of Ovanz, 2006. His most recent poetry publication is titled Donde riena el amor y la esperanza/Where Love and Hope Reign(Souloworks Press) 2012.