PINECONE is proud to collaborate with the North Carolina Museum Of History in the
El Quixote Festival.

PineCone believes that roots matter. And in North Carolina, our roots run deep in the tradition of making music.

North Carolina is home to some of the finest singers, songwriters, musicians, and luthiers in the world. Ballad singing, blues, bluegrass, gospel, and old-time string band music are examples of the folk music traditions passed down through generations that remain prominent in our communities today.

Located in the NC Piedmont, in the capital city of Raleigh, PineCone is the largest, most active presenter of folk music in the state.

PineCone presents more than 30 roots music concerts per year in a variety of indoor and outdoor venues, many of which are free to the public. PineCone also produces the annual Wide Open Bluegrass festival, presented by PNC, in collaboration with the IBMA, the City of Raleigh, the Greater Raleigh Convention and Visitors Bureau, the Raleigh Convention Center, and a local organizing committee. PineCone also promotes area jams and music sessions, offers bluegrass camps for youth, a musicians’ opportunities e-newsletter, and more. The PineCone Bluegrass Radio Show on WQDR 94.7-FM has been on the air for 26 years.

As part of the 7 month long festival celebrating 400 years of Don Quixote we are proud to present Ed Stephenson and the Paco Band. 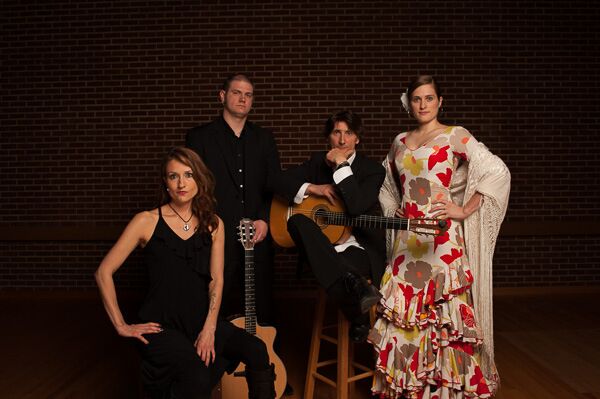